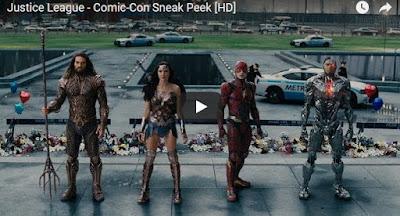 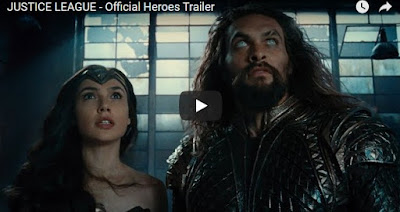 Fueled by his restored faith in humanity and inspired by Superman’s selfless act, Bruce Wayne enlists the help of his newfound ally, Diana Prince, to face an even greater enemy. Together, Batman and Wonder Woman work quickly to find and recruit a team of metahumans to stand against this newly awakened threat. But despite the formation of this unprecedented league of heroes—Batman, Wonder Woman, Aquaman, Cyborg and The Flash—it may already be too late to save the planet from an assault of catastrophic proportions.

Check out the contest here : http://klips.says.com/giveaways/justice-league-preview-screening-passes-giveaway

Justice League is an upcoming American superhero film based on the DC Comics superhero team of the same name, distributed by Warner Bros. Pictures. It is intended to be the fifth installment in the DC Extended Universe (DCEU). The film is directed by Zack Snyder with a screenplay by Chris Terrio and Joss Whedon, from a story by Terrio and Snyder, and features an ensemble cast that includes Ben Affleck, Henry Cavill, Gal Gadot, Ezra Miller, Jason Momoa, Ray Fisher, Amy Adams, Jeremy Irons, Diane Lane, Connie Nielsen, J. K. Simmons, and Ciarán Hinds. In Justice League, Batman and Wonder Woman assemble a team consisting of themselves, Flash, Aquaman, and Cyborg to honor Superman following his death and to save the planet from the catastrophic threat of Steppenwolf and his army of Parademons. The film was announced in October 2014 with Snyder on board to direct and Terrio attached to write the script. Initially announced as Justice League Part One, with a second part to follow in 2019, the second film was indefinitely delayed to accommodate a standalone Batman film with Affleck. Principal photography commenced in April 2016 and ended in October 2016. Snyder then initially hired Joss Whedon to write scenes that would be filmed during reshoots; however, Snyder left the project in May 2017 following the death of his daughter. Whedon was hired to oversee the remainder of post-production, including directing additional scenes written by himself. Snyder received sole director credit for the film, with Whedon receiving a screenplay credit in post. Justice League is scheduled to be released by Warner Bros. Pictures in the United States in 2D, 3D, and IMAX on November 17, 2017.

Months after the events of Batman v Superman: Dawn of Justice and inspired by Superman's apparent sacrifice for humanity, Bruce Wayne and Diana Prince assemble a team of metahumans consisting of Barry Allen, Arthur Curry, and Victor Stone to face the catastrophic threat of Steppenwolf and his army of Parademons, who are on the hunt for three Mother Boxes on Earth Source : YouTube, Wikipedia
at 10:41 PM